The incredibly popular survival show, Man vs. Wild staring Bear Grylls, is currently running a marketing campaign in which they are providing a limited edition survival pack, which includes 39 episodes of the show, from season 1-3, as well as a branded water bottle and cover.

Both the promotional water bottle and cover are branded with the Man vs. Wild logo, as can be seen above. This was done due to the fact that the branding will help to increase awareness of the show, which in turn will increase viewers of the show, ultimately leading to an increase in sales for the box sets, merchandise and everything related to Man vs. Wild.

The reason the water bottle and cover make a perfect promotional gift for this marketing campaign is because it relates to the theme of the show; survival. As well as having the potential that the bottle may be used in a public place, such as in agym, leading to higher visibility for the show. 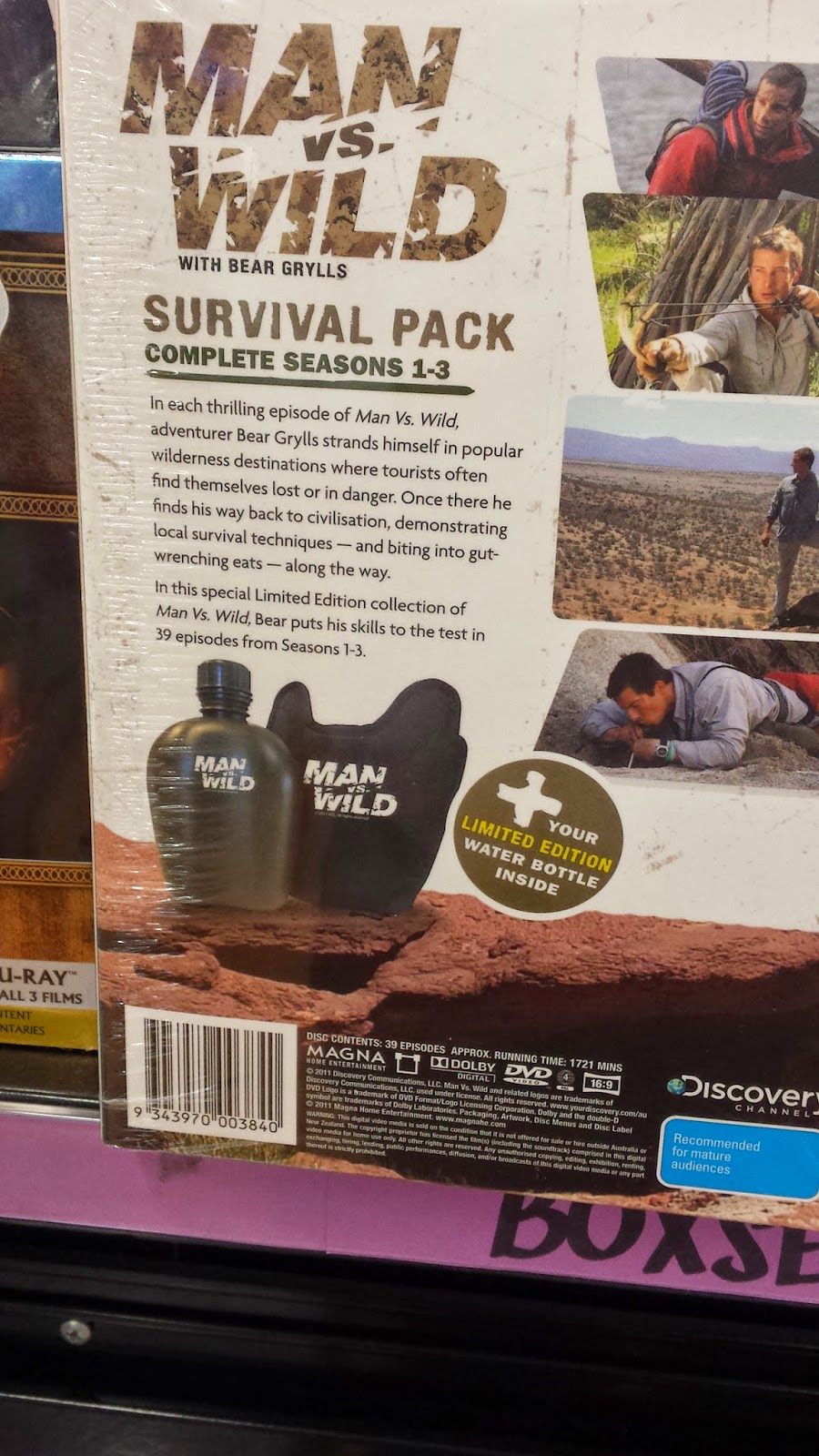 It also increases the perceived value of the box set, so they are able to charge more for the box set, meaning a higher margin for each box set sold.